The prime minister is now speaking about the implementation of One Rank One Pension (OROP) and the National War Memorial, that was inaugurated yesterday. – Feb 26, 02:14 PM (IST)

I assure the people of the country that the it is in safe hands: PM Modi

Top government sources have told News18 that the target was a training camp on a hillock that looked like a 5-star hotel and had a pool. They claimed that 325 fidayeens, and 25 commanders were killed in the air strike. – Feb 26, 02:05 PM (IST)

Foreign diplomats from the US, UK, Russia, Australia, Indonesia, Turkey and six ASEAN members are being briefed by Foreign Secretary Vijay Gokhale on IAF’s strike across Balakot. – Feb 26, 02:03 PM (IST)

Prime Minister Narendra Modi will be addressing a rally in Churu, Rajasthan shortly. While he did speak at the Gandhi Peace Prize event today morning, the rally address will be his first political speech after IAF’s strike in Balakot. – Feb 26, 01:59 PM (IST)

Pakistani villagers in the area where Indian jets struck what officials in New Delhi said was a militant training camp said they heard four loud bangs in the early hours today, Reuters has reported.

“We saw trees fallen down and one house damaged and four craters where the bombs had fallen,” said Mohammad Ajmal, a 25-year-old who visited the site. – Feb 26, 01:30 PM (IST)

Who is JeM’s Yusuf Azhar? – Foreign Secretary Vijay Gokhale said that the air force hit at the JeM camp headed by Yusuf Azhar. Yusuf Azhar is the brother-in-law of Masood Azhar, the chief of JeM. Yusuf Azhar was involved in the 1999 IC-814 hijacking to free Mazoor Azhar, and works under the alias Mohammad Salim. – Feb 26, 01:14 PM (IST)

Expect more stringent measures against Pakistan not just militarily. As for sports, we cannot play bilaterally but okay with multi-lateral events. We are open for play as it’s not about Pakistan being there: Government sources to News18. – Feb 26, 01:07 PM (IST) 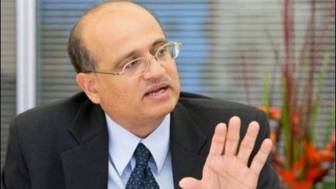 In a press conference, the Foreign Secretary said that India struck the biggest camp of Jaish-e-Mohammed (JeM) in Balakot, which was headed by Maulana Yusuf Azhar alias Ustad Ghauri, brother in law of JeM Chief Masood Azhar.. – Feb 26, 12:57 PM (IST)

Top commanders of JeM were moved out of Balakot after Pulwama attack. Indian agencies were aware of this, but decided to destroy the training camps: Sources to News18. – Feb 26, 12:45 PM (IST)

Opposition parties will also be briefed about IAF’s strike acorss the LoC. An all-party meeting is expected to happen at 5.00 pm today. – Feb 26, 12:15 PM (IST)

There has been a ceasefire violation by Pakistani forces at the International Border at Kanachak at Samba. The Border Security Force (BSF) retaliated. According to reports, one Pakistani Ranger was killed in retaliatory firing. – Feb 26, 12:09 PM (IST)

It is violation of ceasefire. We will give a befitting reply: Pakistani foreign minister Shah Mehmood Qureshi. – Feb 26, 11:52 AM (IST)

Foreign Secretary Vijay Gokhale also said that credible intelligence was received that JeM was attempting another suicide terror attack in various parts of the country and fidayeen jihadis were being trained for this purpose. – Feb 26, 11:46 AM (IST)

Foreign Secretary Vijay Gokhale has concluded his short press briefing. He did not take any questions. – Feb 26, 11:38 AM (IST)

The location of the strike was chosen to make sure there were no civilian casualties. The camp located in a thickly forested area on a hill top: Foreign Secretary Vijay Gokhale – Feb 26, 11:38 AM (IST)

Information regarding the terror camps in Pakistan and in Pakistan occupied Kashmir (PoK) has been provided to Pakistan on multiple occasions. They have not taken any action. It is impossible for these terror organisations to operate there without Pakistan’s knowledge. Pakistan has done nothing to dismantle terror mechanism on there: Foreign Secretary Vijay Gokhale. – Feb 26, 11:37am (IST)

In the face of imminent danger, a pre-emptive strike became necessary. India struck the biggest camp of JeM in Balakot. Large number of JeM terrorists, leadership and suicide bombers were eliminated. The camp was headed by Maulana Yusuf Azhar: Foreign Secretary Vijay Gokhale. – Feb 26, 11:36am (IST)

Foreign Secretary Vijay Gokhale will be briefing the press shortly. Stay tuned for the LIVE updates. – Feb 26, 11:20am (IST)

We acted in 100 hours after the Pulwama terror attack. Today’s action had to be taken. People have trust in Modi ji. This step was important. Modi ji gave freedom to Army to act: Union Minister Prakash Javadekar. – Feb 26, 10:50am (IST)

The high-level security meeting at the prime minister’s residence has concluded. – Feb 26, 10:38am (IST)

# 12 IAF Mirage 2000 jets reportedly struck terror camps inside PoK, early this morning
# The reported strikes destroyed camps belonging to Pakistan-based terror outfits in Balakot, Chakoti and Muzafarrabad
# The 20-21 minute operation reportedly began at 3.30 am; 1,000 kg laser-guided missiles were dropped
# Pakistan has claimed that the IAF jets violated the Line of Control (LoC)
# Political leaders in India, including Congress President Rahul Gandhi have praised the strikes
# Neither the government, not the defence forces have so far confirmed the development
# PM Modi is holding a high-level security meeting at his residence

Indian Army sources have told The Times of India that IAF jets strick terror camps in Balakot at around 3.45 am, Muzafarrabad at around 3.48 am and Chakoti at around 3.58 am. Moneycontrol could not independently verify the report. – Feb 26, 09:50am (IST)

Balakot, Chakothi and Muzaffarabad terror launch pads across the Line of Control (LoC) have been completely destroyed in the IAF air strikes. JeM control rooms have also been destroyed: news agency ANI has reported. – Feb 26, 09:34am (IST)

The reported strike comes days after the Pulwama attack, where 40 CRPF personnel were killed. Pakistan-based terror outfit JeM had claimed responsibility for the attack. The incident has escalated tensions between the two neighbours, with New Delhi vowing to take stern action against Islamabad. – Feb 26, 08:37am (IST)

News18 has reported that the Ministry of External Affairs (MEA) and the Indian Air Force (IAF) could hold a press conference at some point in the day. – Feb 26, 08:33am (IST)

News18 has reported that the Ministry of External Affairs (MEA) and the Indian Air Force (IAF) could hold a press conference at some point in the day. – Feb 26, 08:33am (IST)

At 03.30 hours this morning, a group of Mirage 2000 Indian Fighter jets struck a major terrorist camp across the LoC and completely destroyed it, IAF sources have told news agency ANI. – Feb 26, 08:31am (IST)

A ceasefire violation by Pakistan Army was also reported in the Gulpur sector of Poonch late night on February 25. The Indian Army also reportedly retaliated. The firing started at around midnight and stopped at around 2.00 am. No casualties were reported. However, it is unclear if the incidents are related. – Feb 26, 08:29am (IST)

The report further cites government sources as saying that it is difficult to assess the damage there and that the situation is tense in Pakistan occupied Kashmir (PoK).

IAF has not officially responded to the reports. Sources in the IAF, however, told News18 said that they had nothing to report on the matter. – Feb 26, 08:29am (IST)

Multiple Indian Air Force (IAF) jets on the night of February 25-26 crossed the Line of Control (LoC) and carried out limited strikes on several Jaish-e-Mohammed (JeM) camps, according to a report by News18 citing top government sources.

Standard Chartered sets aside $900 million to cover US, British fines

Reuters: Standard Chartered sets aside $900 million to cover US, British fines StanChart has been under scrutiny by authorities in both Britain and United States for at least seven years. TFM Watch Standard Chartered PLC (StanChart) has set aside $900 million to cover fines resulting from investigations by regulators in Britain and the United States, […]

CAIRO (Reuters) – Islamic State carried out the kidnapping and killing of a Canadian citizen in Burkina Faso in January, the group’s weekly newspaper Al-Naba said, claiming responsibility in its latest issue without providing evidence. Kirk Woodman’s body was found on Jan.16, two days after his abduction by a dozen gunmen at a mining site […]